Blog - Latest News
You are here: Home1 / Word on Wednesday2 / To Aid and Protect 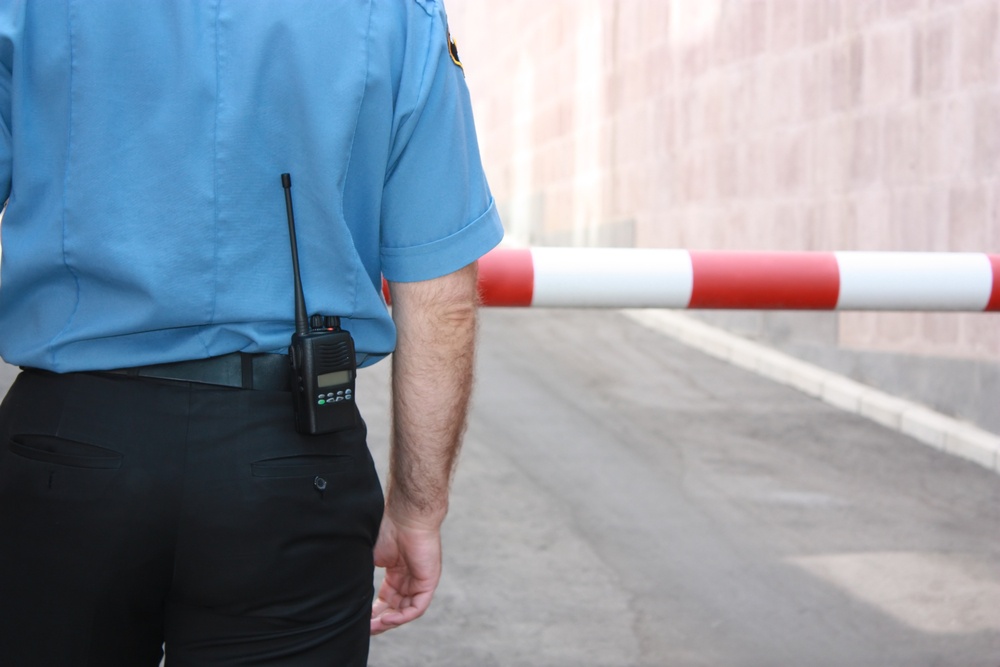 “And I sought for a man among them who should build up the wall and stand in the breach before me for the land, that I should not destroy it, but I found none.” Ezekiel 22:30 ESV

Do you find that your prayers tend to be reactionary?

Mine used to be. I’d offer grateful prayers at dinner and sweet nighttime prayers with my children, but it took something unpleasant happening to bring me to my knees and make me cry out passionately to God. I’d pray in response to things I didn’t like or understand.

I didn’t want it, so I’d ask God to change it. Sound familiar?

What if God offers something so much better than help out of our present messes? What if He wants to help us avoid some of those messes all together?

We’ve spent the last couple of weeks digging into some biblical principles about prayer. John 10:3 revealed a simple but profound truth. Jesus doesn’t open His own gates.

Instead, He seeks gatekeepers—or watchmen—to listen at His gates and open them through prayer. Unlike our enemy, Jesus doesn’t just force His way into our present circumstances; He only ever enters by the door (John 10:1-2). And He waits patiently for a gatekeeper to respond to His call and open the gate, inviting Him in.

Blessed is the one who listens to me, watching daily at my gates, waiting beside my doors. For whoever finds me finds life and obtains favor from the Lord. Proverbs 8:34-35 (ESV)

Today I’d like to dig a little deeper into the role of the gatekeeper or watchman. Consider this description of John 10:1-5 from the Bible Knowledge Commentary.

Verses 1–5 describe a morning shepherding scene. A shepherd enters through a gate into a walled enclosure which has several flocks in one sheep pen. The enclosure, with stone walls, is guarded at night by a doorkeeper to prevent thieves and beasts of prey from entering. Anyone who would climb the wall would do it for no good purpose.

10:3–4. By contrast, the shepherd has a right to enter the sheep pen. The watchman opens the gate, and the shepherd comes in to call his own sheep by name.

Can you picture it? Now let’s zoom in on the tasks of the watchman. I see two primary roles.

Let’s examine each one to see how they apply to us.

The watchman guards against enemy attacks on the flock. I don’t know about you, but this one gets me excited. When the watchman does his or her job, the enemy’s plans get thwarted.

Maybe you need to take a moment to let the idea settle on you. If you choose to accept the role of watchman and exercise the authority given to you through prayer, you can stop enemy attacks before they ever take place. You and I don’t have to just keep reacting to bad stuff getting heaped into our laps, dear one. We can listen at the gates of God and stop some of it from ever getting there.

Don’t believe me? Consider these amazing promises from God’s Word.

It’s the Holy Spirit’s job to help us pray. What does He tell us?

… he will guide you into all the truth, for he will not speak on his own authority, but whatever he hears he will speak, and he will declare to you the things that are to come. John 16:13

The Holy Spirit carries the voice of Jesus calling out at the gate. He declares only what He hears from the Son, and He will even reveal things that are to about to take place.

Amazing, isn’t it? In Christ, we have an early warning system. Trouble is, most of us don’t tune in.

But what happens if we do? What happens when a child of God draws near to Jesus with a submitted heart, listening at His gates?

The watchman opens the gate for Jesus to enter in. When we sense the Holy Spirit leading us to pray for something and we choose to give voice to the thought in agreement with God’s will, our prayer becomes an invitation for God to enter in and alter the course the prince of this world has set.

A few months ago while praying over my younger son, I felt prompted to pray for my oldest. I asked God to ensure that Austin would live out every bit of his inheritance in Christ.

I had no way of knowing at the time that a few weeks later during a routine doctor visit for his eleventh grade physical, the doctor would find a mole on his back that would make her request a follow-up visit with a dermatologist. When the dermatologist agreed with the assessment and requested it be removed and tested, we received assurances that it was all routine and we likely wouldn’t hear anything back. No news is good news.

I have to admit, I felt a little unprepared for the call I received on the day of his sixteenth birthday. The office informed me the pathology report revealed the cells were changing and had a mild to moderate chance of becoming cancerous later on. They wanted him to see another doctor to have a larger area removed.

The hardest part was telling him that night that he had to go back. I could see the fear creep into his eyes as the same realization dawned on him that had settled on me during that phone call. Sixteen year olds aren’t supposed to have to worry about cancer.

I assured him God had this. His words, however, pierced my heart. “What if God wants me to die?”

I refused to entertain that line of thinking. God had, after all, allowed us to find it early, before any real damage had been done. And that’s when my thoughts returned to a day weeks before when I felt the Spirit prompting me to pray for my son to live out every bit of his inheritance.

You see, it was during that time that God was beginning to teach me about the watchman. The watchman stops enemy attacks and invites Jesus to intervene.

And I realized. What if the prayers of a mother listening at the gate stopped the enemy from stealing from my son’s life and invited Jesus to show a doctor something previous visits to the dermatologist had missed?

Wisdom cries aloud in the street…at the entrance of the city gates she speaks. Proverbs 1:20-21

Beloved, who will be the watchman for your family if not you? There’s only one requirement. You must be willing to listen at the door, ready to open the gate.

The Beauty of Intercession
Scroll to top