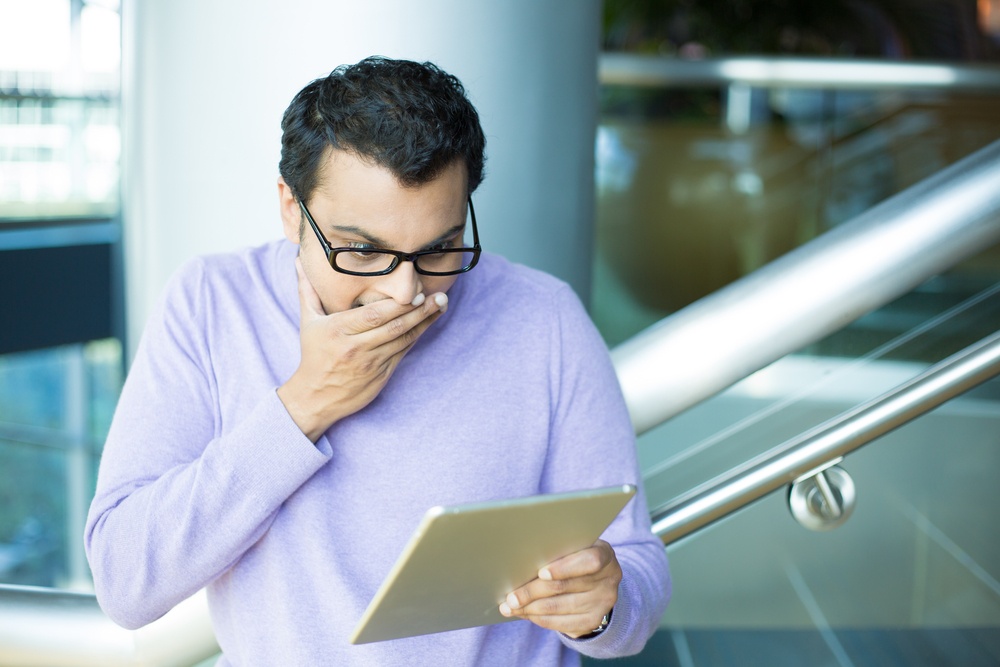 Look at me and be astonished; Put your hand over your mouth. Job 21:5 NKJV

We love to be amazed.

Ordinary doesn’t cut it for this generation. Average barely gets a mention.

But when something really wows us, we can’t help sharing it. Cell phones and social media start buzzing, and news of the astonishing spreads like wildfire.

Unfortunately, most of what we feel compelled to share has little to do with Jesus. Somehow the One who brought us the ultimate “wow factor” has been reduced to short, encouraging Scripture quotes to help remind us that He even exists. Amazing is left to great football plays, astounding special effects, or even the ridiculously stupid.

These days, we don’t really expect Jesus to astonish us.

Jesus hasn’t changed, dear one. And He specializes in the extraordinary. So why don’t we see more of Him?

Perhaps we’ve settled for less than what He wants to give.

When was the last time the glory of Christ’s presence ignited you to share your experience of Him? What happens when you meet with other believers? Do your church services and gatherings reveal the unexplainable in a way that even non-believers can’t help but talk about it?

Consider how these unbelievers responded to what they witnessed in the early church.

Beloved, you and I are supposed to bear witness to the glory of God.

“You are my witnesses,” declares the Lord, “and my servant whom I have chosen, that you may know and believe me and understand that I am he.” Isaiah 43:10

Everyone was filled with awe, and many wonders and miraculous signs were done by the apostles. All the believers were together and had everything in common. Selling their possessions and goods, they gave to anyone as he had need. Every day they continued to meet together in the temple courts. They broke bread in their homes and ate together with glad and sincere hearts, praising God and enjoying the favor of all the people. Acts 2:43-47a

Thousands of Christians from different backgrounds, with different personalities and unique desires, united as one. With hearts full of joyous praise, they shared all they had.

Come to think of it, it appears the early church fulfilled what Jesus claimed to be the greatest commandment in all of Scripture.

The early church grew because the people in it became what Jesus died to make them. They became love.

He extends the same invitation to us, dear one.

Arise, shine, for your light has come, and the glory of the Lord has risen upon you. For behold, darkness shall cover the earth, and thick darkness the peoples; but the Lord will arise upon you, and his glory will be seen upon you. Isaiah 60:1-2

Glory rises, beloved. But will ours be a generation that sees it?

That depends on you and me. You see, God reveals His glory through the faith of His people. Let’s submit our personal desires to His leadership and allow Him to once again astonish the world through us.

Jesus knocks at the door of His church, dear one. I think it’s time we let Him back in.