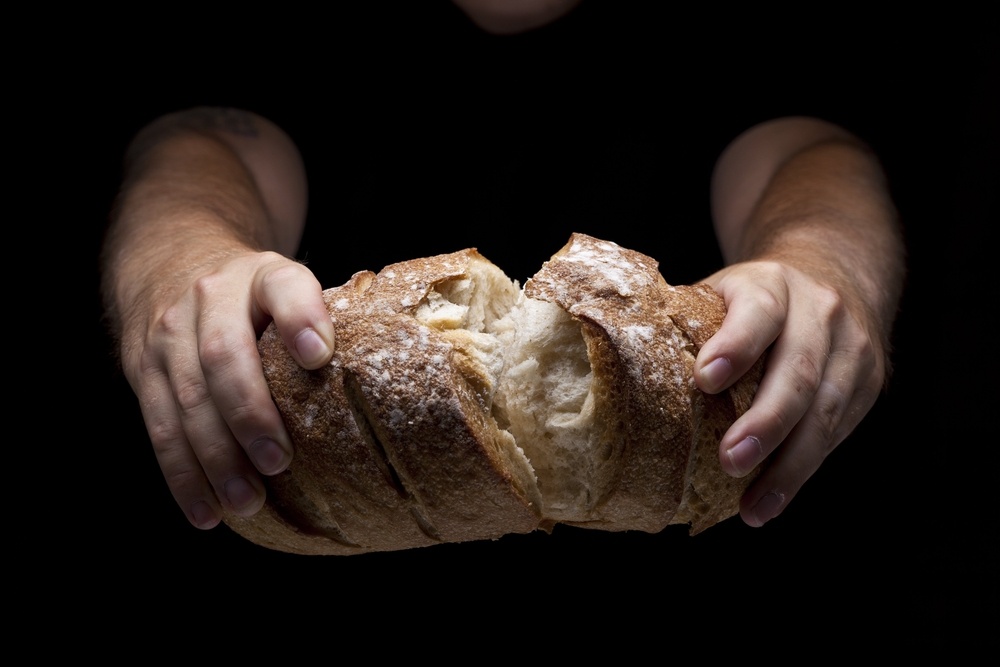 But life doesn’t come from hearing about the bread. Bread only nourishes when we partake of it.

“It is a solemn thing, and no small scandal in the Kingdom, to see God’s children starving while actually seated at the Father’s table.” ~A.W. Tozer

You and I are also supposed to become heaven’s bread. Jesus was meant to be the first bread of many loaves. Bread that multiplies as it is given away.

But Jesus didn’t want them to buy food for the people. He wanted them to feed the hungry with what they already had in their midst.

And taking the five loaves and the two fish, he looked up to heaven and said a blessing over them. Then he broke the loaves and gave them to the disciples to set before the crowd. And they all ate and were satisfied. And what was left over was picked up, twelve baskets of broken pieces. Luke 9:16-17

Bread that is blessed, broken, and given away feeds and satisfies the hungry. #becometheBread Click To Tweet

Taste the Bread, beloved. Consume it so you may become Bread. Then let Jesus bless it and break it, so that you may also give Bread.

Life and glory flow out through the breaking. We are blessed before we are broken, but the breaking releases the blessing. Like Jesus, we must allow ourselves to be broken and given away. Only then will the Bread of Life multiply.

There may be pain in the breaking, dear one. Even anguish. Just look at the cross.

But I have chosen the broken path. I have seen Christ’s vision for His glorious church. Beautiful. Spotless. Without blemish. Alive with the glory of His might.

A Thirsty Soul
Scroll to top