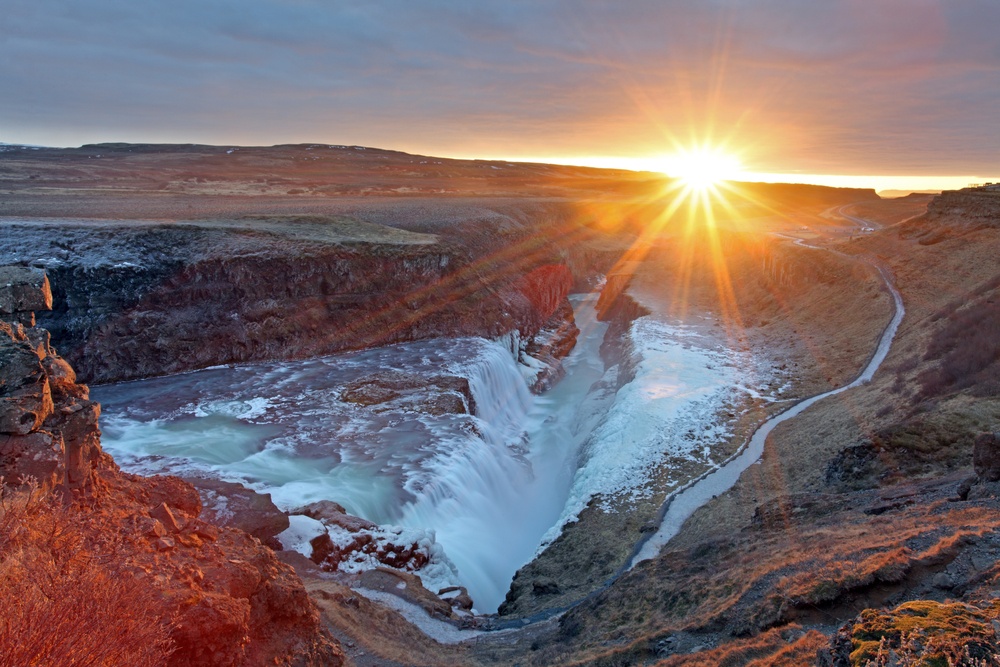 The Lord reigns; he is robed in majesty; the Lord is robed; he has put on strength as his belt. Yes, the world is established; it shall never be moved. Psalm 93:1

In the beginning God said, “Let there be…” and there was.

Wonder still grips my soul at the thought of it. God—Father, Son, and Holy Spirit—enjoying perfect fellowship with Himself, decided to create. The Word came forth as He expressed His thoughts. And all things came into being in obedience to the sounds God made.

By faith we understand that the universe was created by the word of God, so that what is seen was not made out of things that are visible. Hebrews 11:3

Oh, the power of God’s words!

And God said, “Let there be light,” and there was light. Genesis 1:3

And God said, “Let the waters under the heavens be gathered together into one place, and let the dry land appear.” And it was so. Verse 9

And God said, “Let the earth sprout vegetation, plants yielding seed, and fruit trees bearing fruit in which is their seed, each according to its kind, on the earth.” And it was so. Verse 11

In the beginning, all of creation moved in agreement with God’s words. No created thing denied Him obedience. Not even man.

Until the day that man entertained a sound that disagreed with God. Adam and Eve trusted that sound, and for the first time, man denied God’s Word.

And the Lord God commanded the man, saying, “You may surely eat of every tree of the garden, but of the tree of the knowledge of good and evil you shall not eat, for in the day that you eat of it you shall surely die.” Genesis 2:16-17

So when the woman saw that the tree was good for food, and that it was a delight to the eyes, and that the tree was to be desired to make one wise, she took of its fruit and ate, and she also gave some to her husband who was with her, and he ate. Genesis 3:6

Death came to man that day, severing our union with our Maker. Sin bound man’s heart to the deceiver, and God’s Word became veiled to us. Now all the rest of creation still responds to the sound of its Creator.

Man alone does not.

When Jesus—the Word of God Made Flesh—walked the earth, creation knew Him.

One day he got into a boat with his disciples, and he said to them, “Let us go across to the other side of the lake.” So they set out, and as they sailed he fell asleep. And a windstorm came down on the lake, and they were filling with water and were in danger. And they went and woke him, saying, “Master, Master, we are perishing!” And he awoke and rebuked the wind and the raging waves, and they ceased, and there was a calm. He said to them, “Where is your faith?” And they were afraid, and they marveled, saying to one another, “Who then is this, that he commands even winds and water, and they obey him?” Luke 8:22-25

Who but their Creator could command the wind and water, dear one? The winds and the waves know His voice. They move in agreement with His Word. They recognize the One who called them into being and commanded them in the beginning.

Beloved, creation recognizes the Word that created it.

When Jesus walked among us, water became wine at His command. Bread multiplied in His hands. Every created thing responded to His word, even the bodies of the unwell.

Withered hands grew back. Blind eyes saw. Even the dead discovered life at His word.

Take this in, dear one. The only created thing on earth that hesitates to respond to the Word of God is the deceived human heart.

The only created thing on earth that hesitates to respond to the Word of God is the deceived human heart. Click To Tweet

For the creation waits with eager longing for the revealing of the sons of God.

Creation groans, beloved, waiting for earth’s true sons to emerge. The sons of God are those who respond in obedience to the Word made flesh, who recognize their Creator and—like the rest of creation—choose to live in agreement with His Word.

Until then, creation will always declare its King.

When Jesus rode into Jerusalem on Palm Sunday, the people worshiped with shouts of praise.

“Blessed is the King who comes in the name of the Lord! Peace in heaven and glory in the highest!” And some of the Pharisees in the crowd said to him, “Teacher, rebuke your disciples.” He answered, “I tell you, if these were silent, the very stones would cry out.” Luke 19:38-40

Jesus declared that the rocks of the earth would cry out in honor of their King if the people didn’t. His words proved true a week later as He hung from a wooden cross.

The people no longer blessed His Name. Instead they cheered His suffering. The sun refused to shine (Matthew 27:45). And a great earthquake shook the ground (Matthew 27:51).

Creation knows its King, dear one. Man alone rejects Him.

Will you join creation’s song?

Love That Heals
Scroll to top