Blog - Latest News
You are here: Home1 / Word on Wednesday2 / Disabled by Fear 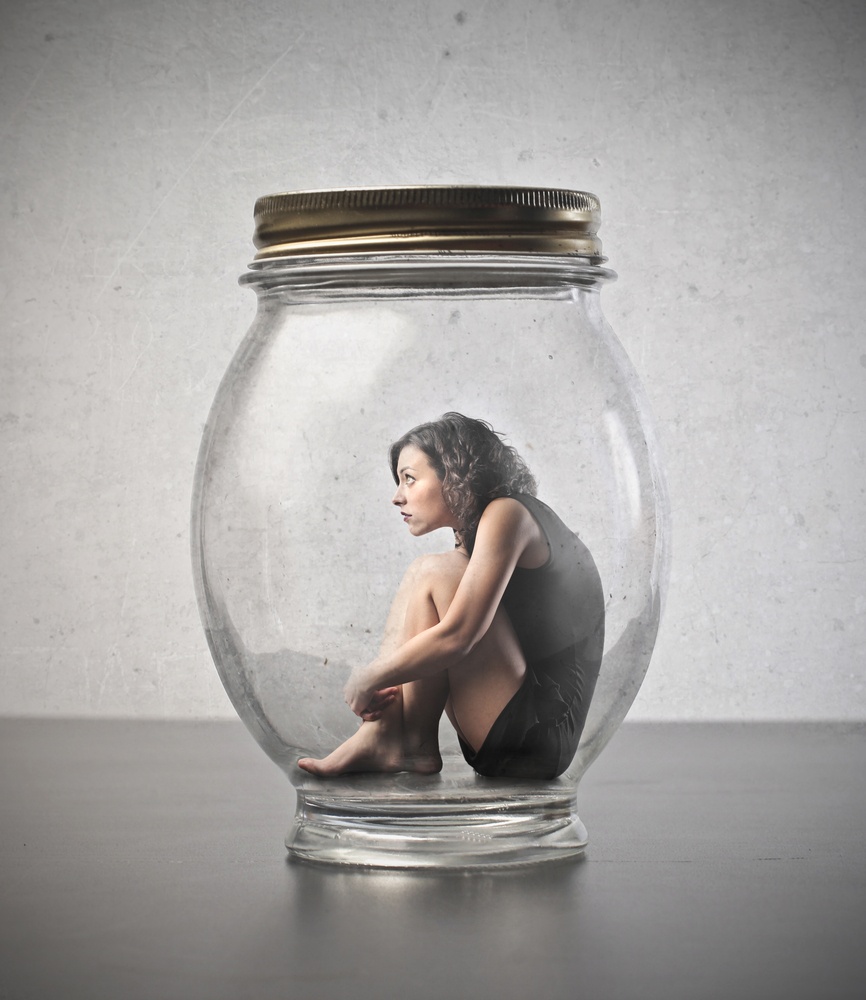 For God has not given us a spirit of fear, but of power and of love and of a sound mind. 2 Timothy 1:7 (NKJV)

Have you ever had a moment that robbed your peace so suddenly and completely it felt like the ground you were standing on actually shifted? I had one of those last Monday.

Nothing particularly extraordinary happened. I simply received some news. But that news opened a door for a thought to enter my mind that I hadn’t considered before. And that one thought sent me reeling.

It’s amazing how a simple piece of information dropped into a conversation can change everything.

But the funny thing is, it wasn’t the news itself that caused the problem. It was what my heart suggested I do with it—the overwhelming sense that I should fear it. I didn’t have any concrete evidence to justify my fear. It was simply a thought—a whisper—a possibility.

But once I had it, I couldn’t get away from it. It repeatedly drew all other thoughts back to it, and every time it surfaced my heart pounded while my stomach churned. Because at the end of the trail that thought led me down, I saw pain for my family. Pain I didn’t want. Pain I was certain I couldn’t handle.

So my heart raced and my stomach turned. And I bent in submission to the fear.

Do you know, beloved, that you and I have a right to choose whether fear can have its way with us? If you have been redeemed and the Spirit of Christ dwells in you, fear has no right to govern you. For God has not given us a spirit of fear… (2Tim 1:7).

Yet fear does often govern us, doesn’t it? It did me. It took hold of me with such oppressive force, I couldn’t shake it. No matter how much I tried to regain control of my thoughts, I couldn’t. Instead, those thoughts, whispered by an unseen enemy, did exactly what they were intended to do. They threw everything I knew and believed as truth into confusion.

Can you relate, dear one? Have you, like me, ever beat yourself up for not having greater victory over your fear? For not managing it better?

Tuesday morning began the same way Monday ended. The moment my mind crept from its slumber and wakened to face the day, the oppression resumed. My stomach began its churning before my eyelids fluttered open. By the time I made it downstairs to get my boys ready for soccer, I was so overcome I didn’t know how I would function.

I had been leaning against the fridge filling a thermos with water when the tears came. I felt powerless. Helpless. I couldn’t get myself out.

And then I realized. I didn’t have to.

Leaning my head on the fridge door, I closed my eyes through the tears and whispered four words. “Come get me, Jesus.”

It wasn’t immediate, but throughout the day peace slowly emerged. I found the strength to focus my thoughts and even managed a few hours of writing I needed to complete. The next day I discovered with joy that my worst fear would not be realized. The thought that fear had tried to convince me was certain remained what it had always been: a possibility, one that never came to fruition.

Dear one, the spirit of fear disables us. And while as believers sealed by the Holy Spirit evil spirits cannot possess us, they will work hard to oppress us and stifle the works God calls us to. I spent a lot of years bent under the oppressive spirit of fear. No more.

I recently read this passage from Luke 13 with fresh perspective. Perhaps it will speak to you like it did to me.

Now he [Jesus] was teaching in one of the synagogues on the Sabbath. And behold, there was a woman who had had a disabling spirit for eighteen years. She was bent over and could not fully straighten herself. When Jesus saw her, he called her over and said to her, “Woman, you are freed from your disability.” And he laid his hands on her, and immediately she was made straight, and she glorified God. Luke 13:10-13 ESV

A disabling spirit had oppressed this dear woman—a daughter of Abraham (verse 16) —for eighteen years. Consider her posture. She was bent over and could not fully straighten herself (verse 11). I can’t help but think of myself that morning, bent over in grief while I filled that thermos, unable to straighten under the weight of it.

Look what Jesus said to her. “Woman, you are freed…” Listen, dear one. Jesus has already set us free through the cross from every oppressive power. We don’t need deliverance; we’ve been delivered. Perhaps it’s time we believed Him and walked in the Spirit we have been given, one “of power and of love and of a sound mind” (2 Tim 1:7).

And in those moments when oppression comes so quickly and powerfully that we find ourselves bent under its force, it will not be our efforts that bring the victory. We need a touch of grace from our Savior.

And he laid his hands on her, and immediately she was made straight, and she glorified God. Luke 13:13

Loved and Lavished in Grace
Scroll to top