Blog - Latest News
You are here: Home / Word on Wednesday / Are You God’s Friend? 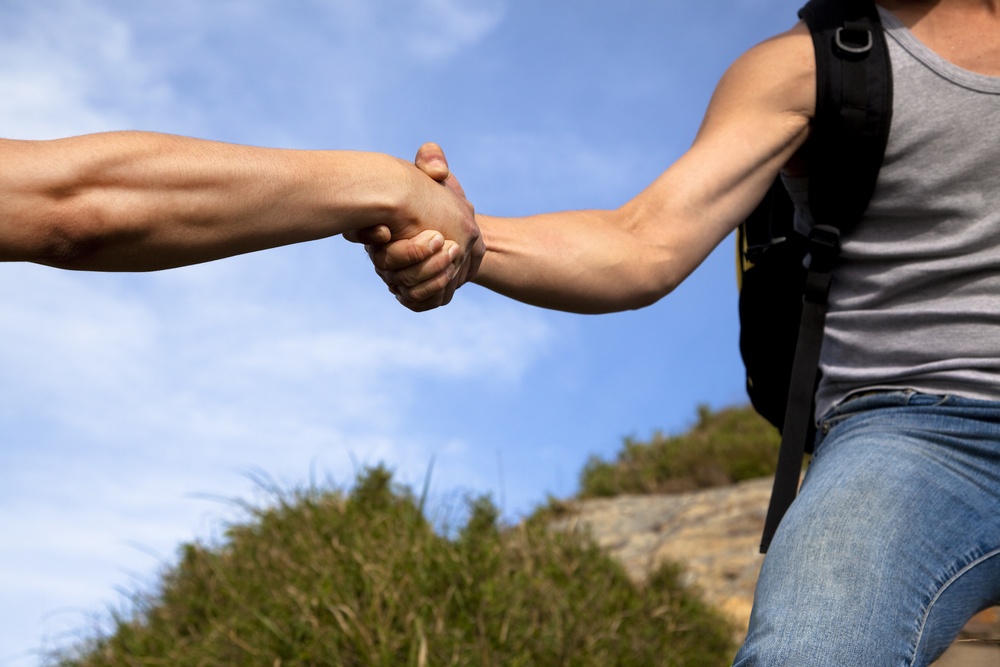 I am a friend of God.

You’ve probably heard songs making that bold claim. You may have even sung them in worship on Sunday morning. It’s a wonderful concept, and I love the reminder that God is approachable and seeking relationship. But I wonder if God’s definition of friendship matches ours.

Are you really living as God’s friend?

Only a handful of people received the distinction of being called God’s friend in Scripture. Abraham earned the recognition first, followed by Moses. You’ll notice that God used both in mighty ways to bring about His plan for this earth.

Through Abraham God created a nation, a people group He called out from the world to become His own. Through Moses, God delivered that people from slavery in Egypt and led them to the banks of their promised inheritance. God revealed His miraculous power through each of them, their faith in what God told them becoming a catalyst to release His glory.

And the scripture was fulfilled that says, “Abraham believed God, and it was credited to him as righteousness,” and he was called God’s friend. James 2:23 NIV

Along with their amazing exploits of faith, both of them share the distinction of having direct communication with God. Exodus 33:11 tells us, “The Lord would speak to Moses face to face, as one speaks to a friend.” God consistently spoke to both of them, and they each responded to what they heard with faithful obedience.

I have to ask, dear one. How does the description fit so far? Are you allowing God to use you in mighty ways to further His Kingdom? Do you speak with Him face to face and allow Him to whisper direction into your life? When you hear from Him, do you trust Him through your obedience so that His perfect will comes to pass?

Another group also earned the title of friend in Jesus’ day. Eleven men who left everything to follow Him received His invitation to friendship in an upper room right before He gave His life for them. The twelfth had already left to sell his “friend” for 30 pieces of silver. Here’s what Jesus said to them.

Greater love has no one than this: to lay down one’s life for one’s friends. You are my friends if you do what I command. I no longer call you servants, because a servant does not know his master’s business. Instead, I have called you friends, for everything that I learned from my Father I have made known to you. John 15:13-15

Did you catch it, dear one? Do you see God’s definition of who His friends are? In case you didn’t pick up on it, I’ll repeat it for you. Jesus’ friends are those who do what He asks of them.

Perhaps we have been throwing the word around a little too flippantly.

You see, according to Scripture, friends of God live with Kingdom purpose. They draw near to Him, pressing in close to hear what He has to say. And when He speaks, they follow, even if it means heading in a different direction than they had intended to go.

Beloved, Christ delights in sharing His Father’s business with His friends. He longs for eager Kingdom builders to come alongside Him and boldly exercise the faith they profess. Why? Friends of God living in faithful obedience release kingdom power that changes things.

Unfortunately, while we love to sing songs about friendship with God, most of us actually live as friends of the world. We embrace its principles and found our plans on its beliefs. We tune into all its channels to hear how the world defines who we are or who we should be. Then we eagerly align our lives to what it speaks.

Here’s the thing about that, dear one. We cannot live as friends of both God and the world.

You adulterous people, don’t you know that friendship with the world means enmity against God? Therefore, anyone who chooses to be a friend of the world becomes an enemy of God. Or do you think Scripture says without reason that he jealously longs for the spirit he has caused to dwell in us? James 4:4-5

You see, biblically, what unites us in friendship is purpose. Look at what Scripture reveals in Luke 23:12, right after Herod and his soldiers had mocked Jesus and sent Him back to Pilate during His trials:

That day Herod and Pilate became friends—before this they had been enemies.

It is our common ground that unites us. Our friendships are built on what we believe, on our goals and motivations, on the principles we live by.

Dear one, we’ve been trying to claim friendship with God while standing on the world’s principles. In doing so, we’ve inadvertently made ourselves God’s enemies. Then we wonder why He doesn’t seem to want to bless.

Hear Jesus’ heart for you, beloved.

I’ll tell you what we’d see, beloved. We’d see the glory of God poured out on this earth. We’d see power that changes circumstances. We’d see life that heals and resurrects. Is that not worth the risk?

I am a friend of God.

An Invitation to Pray

A Wolf Among the Sheep
Scroll to top