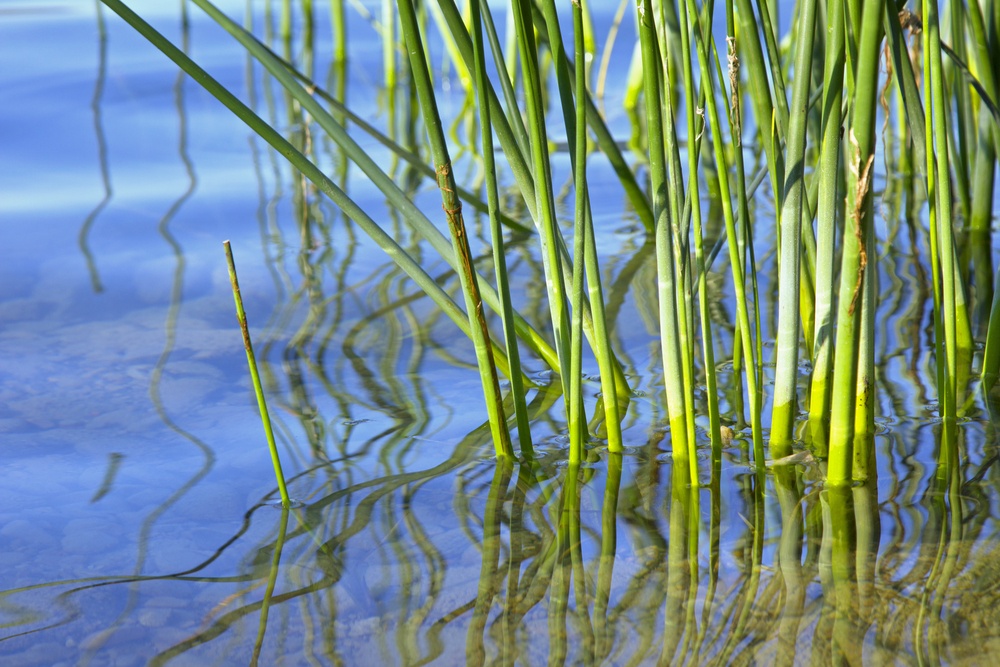 Now Naaman was commander of the army of the king of Aram. He was a great man in the sight of his master and highly regarded, because through him the Lord had given victory to Aram. 2 Kings 5:1a NIV

Have you ever looked at someone’s life and felt that twinge of envy because they appeared to have everything you desire?

If you lived in Naaman’s day, you might have felt that way about him. Scripture labels him a great man, the highly regarded commander of the King’s army. He had everything. In fact, he had more than he wanted.

He was a valiant soldier, but he had leprosy. 2 Kings 5:1b

The grass isn’t always as green as it appears in someone else’s yard.

I imagine the acclaim Naaman earned paled in comparison to his problem. I mean, that’s our nature, isn’t it? One struggle has the power to overshadow ten wonderful blessings. And Naaman’s problem was huge; it would literally destroy him.

Thank goodness there’s always hope in the God of Israel.

Now bands of raiders from Aram had gone out and had taken captive a young girl from Israel, and she served Naaman’s wife. She said to her mistress, “If only my master would see the prophet who is in Samaria! He would cure him of his leprosy.” 2 Kings 5:2-3

A young slave girl planted a seed of hope in the heart of a pagan army commander, and desperation led him to believe.

That’s often how it works, isn’t it? Eventually we’ll turn to God for help, but only when we’ve exhausted all other options. Naaman had nowhere else to turn, so he turned to the God of Israel.

So Naaman went with his horses and chariots and stopped at the door of Elisha’s house. Elisha sent a messenger to say to him, “Go, wash yourself seven times in the Jordan, and your flesh will be restored and you will be cleansed.”

What just happened? Apparently Naaman didn’t care for the kind of help he received.

But what aroused the anger in Naaman’s heart? Let’s take a moment to slip our feet into his army boots. I’ll warn you, you may discover they fit a little too well.

Imagine you’re Naaman, commander of the king’s army, pulling up to Elisha’s house with your entourage. You leave the glistening horses and chariots and walk to the door, expecting to delight your host by the honor of your visit.

Only your host doesn’t even bother to come to the door. Instead he sends a messenger with some ridiculous instructions to bathe repeatedly in the muddy Jordan River.

Can you see why Naaman was so upset, dear one? I hope so, because right here is where you and I tend to look most like him.

“I thought that he would surely come out to me and stand and call on the name of the Lord his God, wave his hand over the spot and cure me of my leprosy. Are not Abana and Pharpar, the rivers of Damascus, better than all the waters of Israel? Couldn’t I wash in them and be cleansed?” So he turned and went off in a rage. (verses 11-12)

Notice the two parts of Naaman’s complaint. First, he didn’t like the manner in which God chose to offer healing. He wanted the grand miracle, a powerful spectacle befitting his position. He didn’t want to have to do anything; He just wanted a few magic words and a wave of the hand to provide a miracle cure.

If we’re going to be honest, we want the immediate miracle too, don’t we? When difficulty comes, we want God to wave His magic wand and fix everything as we bask in the glow of glory. And when God doesn’t choose to do it our way, we stomp away in a rage just like Naaman. But when we do that, dear one, we may just be leaving our miracle on the table.

You see, God calls us to trust Him. And very often that means giving us instruction and watching to see whether we’ll exercise the faith to obey. If we allow our disappointment over the means to override our faith, we’ll miss seeing Him work altogether.

That brings us to Naaman’s second complaint. If God was going to make him bathe in a river, couldn’t He have chosen a cleaner one? Obeying this command would mean lowering his standards. Not only did God opt not to give him the grand gesture, he was going to have to get his hands dirty.

His response? No thanks. He’d rather deal with the leprosy.

Seriously? Pride can cause us to make some pretty foolish choices. Wasn’t ridding himself of his flesh eating disease worth a few dips in muddy water?

Dear one, what is God asking you to do that pride says is beneath you? Will you take a chance on trusting Him so you can see Him display His power?

Naaman finally came around and received his healing from the Lord. Thankfully, his servants showed him his folly and convinced him he had nothing to lose.

“My father, if the prophet had told you to do some great thing, would you not have done it? How much more, then, when he tells you, ‘Wash and be cleansed’!” So he went down and dipped himself in the Jordan seven times, as the man of God had told him, and his flesh was restored and became clean like that of a young boy. (verses 13-14)

Eventually Naaman chose the road of humility and finally got his miracle. Can you imagine the joy that overtook him as he stood in those muddy waters and watched his decayed flesh restore itself to skin like a young boy’s?

Obedience is always worth it, dear one.

What miracle awaits its revelation in your life? Perhaps it’s time to trust God and follow His instructions. Sure, you might get your feet a little muddy, but when you see His arm of power move, I really don’t think you’ll care.

Blessed in the Beloved
Scroll to top