Blog - Latest News
You are here: Home1 / Word on Wednesday2 / The Power of One 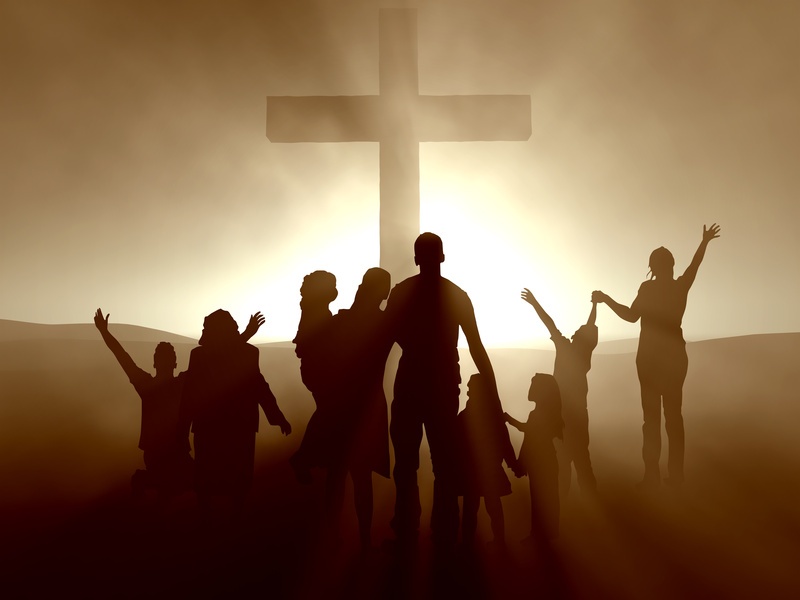 Feeling stirs my heart as I ponder the words of our opening Scripture today. They flowed from the mouth of Jesus on the night of His arrest. You just read some of the last recorded utterances of the Word made flesh before His body dangled for you from a bloody cross.

We observe an intimate moment between God the Son and God the Father, the heart of God laid bare before us in His perfect Word. Did you know Jesus’ final prayers were for you?

Jesus had just finished praying for Himself and the disciples He would leave behind. Then in verse 20 He adds, “My prayer is not for them alone. I pray also for those who will believe in me through their message.” That’s you and me.

What did He pray for, dear one?

Witness the Father’s revealed will spoken through the voice of His Son. His highest priority? Unity within the body of believers. Jesus prayed that believers would be one with each other in the same way that He is one with the Father. The resulting unity would cause the world to believe that Jesus did indeed come from God.

How is that possible?

Jesus and His Father are completely one in every way. Jesus declared it in John 10:30, “I and the Father are one.” They share the same thoughts and desires; their actions flow from the same perfect will. So how can men and women with very different preferences and desires, longings, and needs truly share one mind . . . one heart . . . one will?

They can’t, at least not within the realm of the natural. But those who believe in Jesus and have received the seal of His Spirit within them aren’t limited to the natural. They possess the very glory of God.

Look at Jesus’ words in our opening verse. “I have given them the glory that you gave me.” According to Jesus, that glory will enable us to become one.

John 17:23 reveals His purpose in uniting us:

“May they be brought to complete unity to let the world know that you sent me and have loved them even as you have loved me.”

Unity within Christ’s church will reveal two things to the world.

I have to ask you to consider something, dear one. Is our generation giving Christ what He asked for? Are we allowing His Spirit within us to crucify the desires of our flesh and unite us with His glorious will so that we can become one with our brothers and sisters? Or do we hold tightly to our own desires and allow our differences to separate us?

Beloved, our unity in Christ will release the glory of God.

Let’s visit a prayer meeting that took place in the early church after Peter and John had been arrested for preaching about Jesus. Upon their release, a group of believers united together in fervent prayer with spectacular results.

Here’s how they began.

“Now, Lord, consider their threats and enable your servants to speak your word with great boldness. Stretch out your hand to heal and perform miraculous signs and wonders through the name of your holy servant Jesus.”Acts 4:29-30

Do you notice anything significant about their prayer? Is that how you have prayed?

Let your thoughts settle on the words you speak when you approach God in prayer. When I did, the Spirit revealed one obvious difference about their request. Instead of asking God to rescue them, they asked God to reveal His glory.

Amazing. They didn’t ask God to take away the danger, stop the persecution, or even to protect them from the threats coming against them. Instead, they asked Him to empower them to boldly stand for Him in the midst of it. They asked for strength to speak His word with boldness in spite of the threats. They asked Him to reveal the power that comes through the name of Jesus.

These believers had one, single-minded purpose. They desired to see God reveal His glory through them. In spite of the danger, in spite of their fear, they cast aside their own desires to exalt His. And how did God respond to His humble, unified servants?

After they prayed, the place where they were meeting was shaken. And they were all filled with the Holy Spirit and spoke the word of God boldly.  Acts 4:31

Oh, that we would once again become a body so united in heart and purpose that our prayers shake our meeting halls! Notice that God granted their request. He filled each of them with His Spirit to empower them and equipped all of them to speak His Word boldly. Not one of them was exempt from the gift.

Dear one, when you submit your heart to the Father’s will instead of your own, neither are you.

Empowered in the Wilderness

Purchased by Blood
Scroll to top