Blog - Latest News
You are here: Home1 / Word on Wednesday2 / The Heart of a Betrayer 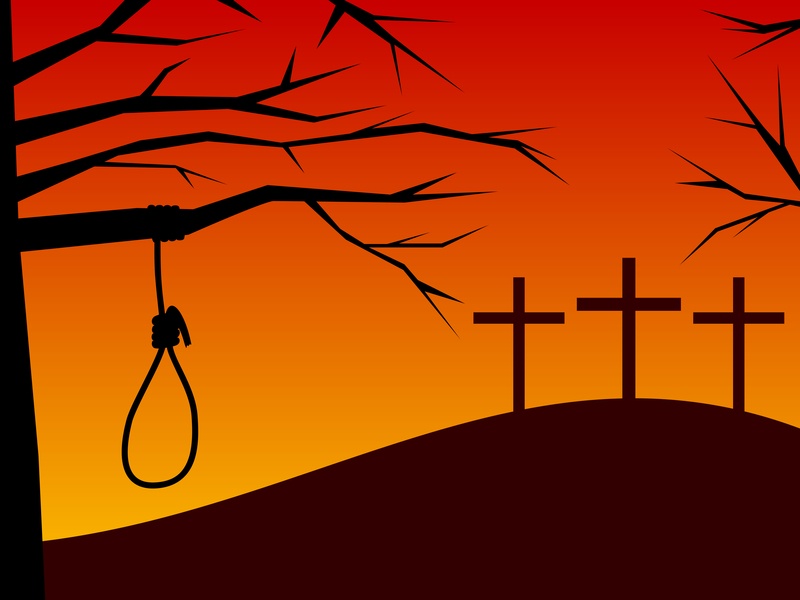 This is how we know what love is: Jesus Christ laid down his life for us. And we ought to lay down our lives for our brothers and sisters. 1 John 3:16 NIV

Never forget, dear one. No one took Jesus’ life from Him. He laid it down. Evil men may have plotted and schemed, but they held no power over God’s Son. Everything He suffered, He allowed.

The perfect, sinless, Son endured so much for you and me. He faced rejection, ridicule, beatings and flogging. Nails pierced His hands and feet, fastening Him to the cross of our shame. Jesus became the very curse He would conquer, all for one very specific purpose.

Beloved, Jesus became sin so that you and I could become righteousness.

I hope you haven’t missed that part.

Jesus didn’t surrender Himself to the cross just to keep you out of hell, dear one. He gave up His life so He could get hell out of you. He purposed to redeem your character from the enemy’s influence and recreate you into the image of God.

Do you bear God’s image, dear one? Do you love compassionately, compelled to give of yourself? Or are you more like the prince of this world, driven to take for yourself?

We’d be wise to consider the question carefully. You see, we can do our best to look like God from the outside, but if our heart doesn’t resemble His, eventually we’ll self-destruct.

Judas learned that lesson the hard way. Let’s take a look at the event that sent him to the chief priests to betray Jesus.

And while he [Jesus] was at Bethany in the house of Simon the leper, as he was reclining at table, a woman came with an alabaster flask of ointment of pure nard, very costly, and she broke the flask and poured it over his head. There were some who said to themselves indignantly, “Why was the ointment wasted like that? For this ointment could have been sold for more than three hundred denarii and given to the poor.” And they scolded her. Mark 14:3-5

Don’t miss the fact that some watching believed the ointment was wasted on Jesus.

I wonder how many times you and I have entertained similar thoughts upon witnessing a radical demonstration of love for our Savior.

He’s not worth that.

Verse 5 reveals that Mary’s gift had a value of more than 300 denarii, the equivalent of almost a year’s wages. Let’s get a bit of perspective, shall we?

In 2012 the median wage in the US per person was $26,695. What would you do with a possession worth that much? Would you be willing to pour it out for another? Or could you only see its potential to do amazing things for you?

Scholars agree that the flask of expensive perfume was likely Mary’s dowry, a treasure kept to ensure her future. Her bride price. When Mary broke it in an act of worship, she laid down her opportunity for a husband. Her future children. She poured out everything that gave her value in her culture, offering them to Jesus in an act of love.

Then Jesus told his disciples, “If anyone would come after me, let him deny himself and take up his cross and follow me. For whoever would save his life will lose it, but whoever loses his life for my sake will find it.”

Mary was willing to lose her life for Jesus sake. And she found real life in the loving arms of her Savior.

Our friend Judas, however, had an interesting response to what he witnessed.

Then Judas Iscariot, who was one of the twelve, went to the chief priests in order to betray him to them. Mark 14:10

What about this particular event triggered Judas to sell his friend and master for 30 pieces of silver?

“Why was this ointment not sold for three hundred denarii and given to the poor?” He said this, not because he cared about the poor, but because he was a thief, and having charge of the moneybag he used to help himself to what was put into it.

Consider this carefully, dear one. Judas was only with Jesus for what he thought he could get from Him. He was willing to steal from Him to have his own dream. Although he served the poor alongside Jesus, he didn’t really care about them. He stole from them to line his own pockets.

And when he witnessed Mary’s extravagant gift, money he believed should’ve been his wasted on Jesus, he took offense. That offense sent him straight to the chief priests.

We need to understand something about Judas, dear one. He was no more evil than you or me. He wasn’t a malicious man at heart. He served in the community helping people.

Judas was simply self-centered. And he loved money more than he loved Jesus.

No wonder Jesus said in Matthew 6:24,

“No one can serve two masters, for either he will hate the one and love the other, or he will be devoted to the one and despise the other. You cannot serve God and money.”

Judas’ love of money caused him to despise God—at least momentarily—and it cost him everything. He immediately regretted his decision, but he couldn’t undo what he had done.

Then when Judas, his betrayer, saw that Jesus was condemned, he changed his mind and brought back the thirty pieces of silver to the chief priests and the elders, saying, “I have sinned by betraying innocent blood.” They said, “What is that to us? See to it yourself.” And throwing down the pieces of silver into the temple, he departed, and he went and hanged himself. Matthew 27:3-5

Beloved, Jesus chose to suffer the cross to free us from the wretchedness within us. It’s our own self-centeredness that makes us most like Satan, that drives us to take instead of give. Will you let the Spirit of God recreate you in His image? Will you surrender your heart to be sifted and changed so it can beat with His love?

Life hinges on your decision, dear one. Choose to lay down your life and live.

Ready to Bloom
Scroll to top