Blog - Latest News
You are here: Home1 / Word on Wednesday2 / Whose Side Are You On? 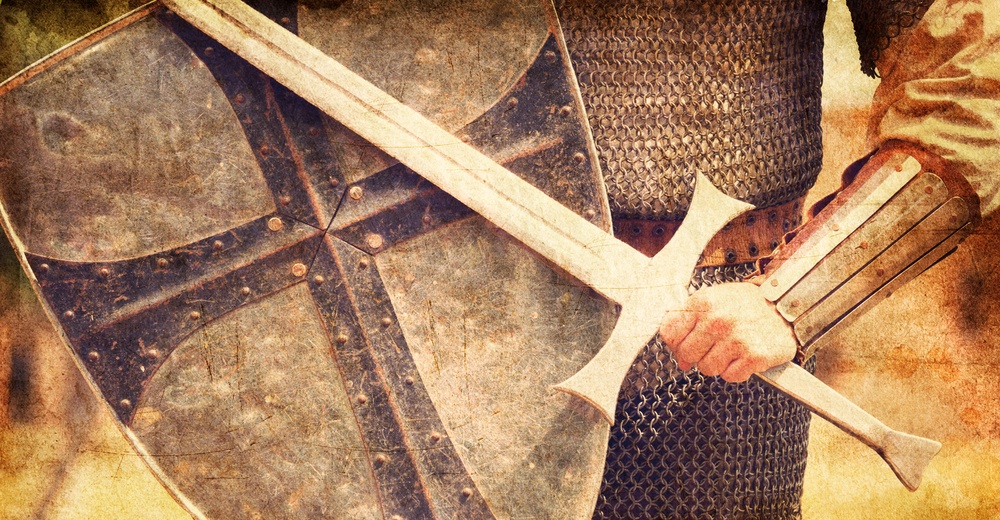 We all want God on our side. In fact, we often claim He is without ever bothering to ask Him. We assume we have the power of His Name behind us, fighting for what we believe.

But the real question, dear one, isn’t whether God stands on our side. It’s whether we stand on His.

Joshua discovered that when he faced the commander of God’s army outside Jericho. The question left his lips in hopeful anticipation. “Are you for us, or for our adversaries?” His response brought Joshua to his knees.

And he said, “No; but I am the commander of the army of the Lord. Now I have come.” And Joshua fell on his face to the earth and worshiped and said to him, “What does my lord say to his servant?” Joshua 5:14

Essentially the angel told him, “I’m not for you or your enemy. I fight for the Lord.” In that moment Joshua humbly asked the only question he could ask, the one each of us should be asking.

“What does my lord say to his servant?”

You and I want to be on God’s side, beloved. When we are, we have the full power of His might behind us. Joshua’s trust in God’s words collapsed the walls of an impenetrable city, giving the people of Israel their first victory in their Promised Land. Our trust in God’s words will secure our victories as well.

But look at what happens when we don’t live according to His Word.

In all their affliction he was afflicted, and the angel of his presence saved them; in his love and in his pity he redeemed them; he lifted them up and carried them all the days of old. But they rebelled and grieved his Holy Spirit; therefore he turned to be their enemy, and himself fought against them. Isaiah 63:9-10

Sobering, isn’t it? These verses don’t describe God coming against a foreign enemy. They depict Him turning against His own people, those He had loved and redeemed. Why would He do that? Because His own people ignored Him.

“These have chosen their own ways, and their soul delights in their abominations; I also will choose harsh treatment for them and bring their fears upon them, because when I called, no one answered, when I spoke, they did not listen; but they did what was evil in my eyes and chose that in which I did not delight.” Isaiah 66:3-4

We have this idea that when we bear God’s name, He always fights for us. But when we don’t stand for what He stands for—when we rebel against His Word—God actually turns and fights against us.

Let no one deceive himself. If anyone among you thinks that he is wise in this age, let him become a fool that he may become wise. For the wisdom of this world is folly with God.  1 Corinthians 3:18-19a

Wisdom that comes from anywhere other than God is folly. And folly leads to death.

So you and I have a choice to make, dear one. Will we stand on His truth even when it’s not popular? Or will we stand with the world opposing God?

Because that’s exactly what aligning our beliefs with the world does, dear one. It sets us up against God.

You adulterous people! Do you not know that friendship with the world is enmity with God? Therefore whoever wishes to be a friend of the world makes himself an enemy of God. Or do you suppose it is to no purpose that the Scripture says, “He yearns jealously over the spirit that he has made to dwell in us”? James 4:4-5

When we’re not for Him, we’re against Him. So you and I better know what He says. We can’t afford to make assumptions about His Word or His character. The cost is too great.

Isaiah 59:14-15 offers a fitting description for our days.

Justice is turned back, and righteousness stands far away; for truth has stumbled in the public squares, and uprightness cannot enter. Truth is lacking, and he who departs from evil makes himself a prey.

Evil increases in our days, dear one. The one who deceives the whole world has convinced it to exchange the truth of God for a lie. Truth has stumbled in the public squares. We cannot trust the wisdom of the world.

But there is wisdom that saves, beloved, wisdom rooted in the only source of truth.

For the Lord gives wisdom; from his mouth come knowledge and understanding; he stores up sound wisdom for the upright; he is a shield to those who walk in integrity, guarding the paths of justice and watching over the way of his saints. Then you will understand righteousness and justice and equity, every good path; for wisdom will come into your heart, and knowledge will be pleasant to your soul; discretion will watch over you, understanding will guard you, delivering you from the way of evil, from men of perverted speech, who forsake the paths of uprightness to walk in the ways of darkness, who rejoice in doing evil and delight in the perverseness of evil, men whose paths are crooked, and who are devious in their ways. Proverbs 2:6-15

It’s time we take sides, dear one. Jesus died to deliver us from the deceptions of this world. When we stand with the world, we stand against God.

Don’t just assume He’s got your back, beloved. Open the Word and make sure you’ve got His.

The Best of Intentions
Scroll to top