Blog - Latest News
You are here: Home1 / Word on Wednesday2 / The Word, the Rock, and the Gates of Hell 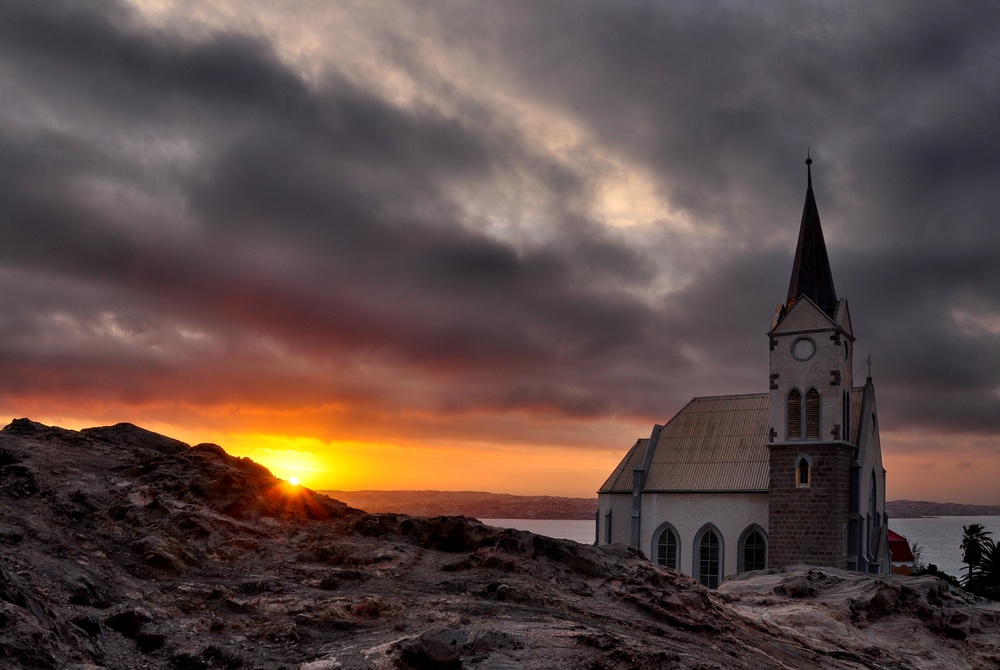 “And I tell you, you are Peter, and on this rock I will build my church, and the gates of hell shall not prevail against it.”

I’d love to see Christ’s church prevail against the gates of hell. Wouldn’t you?

In days when we see evil advancing—where atrocities set before us in the news turn our stomachs and vulgarities have become commonplace—this promise from Jesus to His eager, bungling disciple offers hope.

But do we actually expect to see it? Do we view this promise as a present hope? Or have we relegated Jesus’ words to a future assurance we won’t see realized until His return?

Beloved, what if you and I could see that prevailing church advancing in our day? What if we really did have the power to set the kingdom of evil on its heels and smash its gates?

Jesus spoke those words to Peter on a pivotal day in history, the day he first proclaimed Jesus to be, “the Christ, the Son of the living God” (verse 16).

Well done, Peter. That day, at least, he got it right. Stumbling, precocious Peter boldly proclaimed what he knew in his heart to be true. Jesus was the Promised One heralded in the Old Testament. The Christ had come. The Kingdom had come. And things would change forever.

Indeed, they did, just not exactly in the way they had expected. The army of the Kingdom of God advanced, but not against the reigning Roman government as the people had hoped. Instead, Jesus loosed His army to victoriously trample an unseen spiritual foe, the force behind the present evils they suffered.

Dear one, Jesus offers that same invitation to us today. But like the majority of Jews in Jesus’ day, many of us have set our gaze so firmly on the final earthly kingdom Christ will establish when He returns that we’ve overlooked the current one. We mutter prayers, “Come quickly, Lord,” hiding in our homes and churches, hoping the storms will pass us by.

Beloved, we’re missing the opportunity to participate in the glory of that kingdom now.

What if we chose to believe what Jesus said in Mark 1:15,

“The time has come,” he said. “The kingdom of God has come near. Repent and believe the good news!”

Celebrate with me that the Kingdom of God has come near! It lives within the church (Luke 17:21). And that kingdom, loosed in the body of believers, will do in our day the very thing that Jesus promised Peter, “the gates of hell shall not prevail against it” (Matthew 16:18).

Jesus’ words in our opening Scripture have led many to believe that God chose Peter to be the rock on whom He would build His church. Although Peter did become a leader and pillar of the early church, I’m not sure that’s what Jesus had in mind with His statement. After all, the church could only be built upon one Rock—Christ Himself. Jesus certainly knew better than to rest the future of the church in the hands of one man.

So what was Jesus saying to Peter that day? Let’s get a little context.

Simon Peter replied, “You are the Christ, the Son of the living God.”

And Jesus answered him, “Blessed are you, Simon Bar-Jonah! For flesh and blood has not revealed this to you, but my Father who is in heaven. And I tell you, you are Peter, and on this rock I will build my church, and the gates of hell shall not prevail against it. I will give you the keys of the kingdom of heaven, and whatever you bind on earth shall be bound in heaven, and whatever you loose on earth shall be loosed in heaven.” Matthew 16:16-19

One of the most significant parts of this passage often remains overlooked. Let’s read verse 17 again.

For flesh and blood has not revealed this to you, but my Father who is in heaven.

Jesus’ teaching on the rock comes in direct correlation with that statement, a continuation of the thought. “And I tell you…”

Consider with me for a moment. What if Jesus’ teaching has less to do with who Peter was and more to do with the example he set in that moment? What if the rock Jesus referred to wasn’t Peter himself but rather his ability to discern what the Father was speaking and his desire to believe and live out of what he heard?

Not convinced? Let’s tune our ears to something else Jesus said.

“Everyone then who hears these words of mine and does them will be like a wise man who built his house on the rock. And the rain fell, and the floods came, and the winds blew and beat on that house, but it did not fall, because it had been founded on the rock.”  Matthew 7:24-25

Hmm… “… and on this rock I will build my church, and the gates of hell shall not prevail against it” (Matthew 16:18). Sounds like a similar promise to me. A house built on the rock withstands the storm that rages against it. And what’s the rock? Hearing and living out what Jesus speaks.

Dear one, Peter had heard what the Father was speaking into his heart about His Son, and he believed. He lived out that belief by altering his life to come into agreement with what God had revealed to Him. He stood before Jesus and boldly declared Him the Christ at a time when the majority of his fellow Jews did not.

And Jesus said, “Yes Peter. Keep hearing my truth and adjust your life to it, and you become a stone, strengthened and built upon my Rock. This is how I will build my church. Keep that up, Peter, and the gates of hell will not be able to advance.”

Could it really be that simple? Could we really become empowered to overthrow hell’s gates merely by seeking what God says and adjusting our lives to what we discover?

Well, isn’t it worth a try? Consider the alternative.

And everyone who hears these words of mine and does not do them will be like a foolish man who built his house on the sand. And the rain fell, and the floods came, and the winds blew and beat against that house, and it fell, and great was the fall of it.” Matthew 7:26-28

How far the church has fallen since the day our Lord first spoke those words to Peter. Jesus invites us to return, beloved. His Truth still speaks, and He’s looking for men and women like Peter who will allow their lives to resonate with its sound.

Let’s tune to the voice of our Shepherd, align our lives with what He speaks, and remind the world of 1 Corinthians 4:20,

For the kingdom of God is not a matter of talk but of power.

Live Your Freedom
Scroll to top