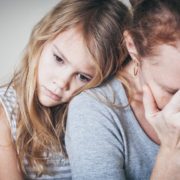 See what great love the Father has lavished on us, that we should be called children of God! And that is what we are! The reason the world does not know us is that it did not know him. 1 John 3:1 NIV

Our hearts cry out to be known. Sin keeps us hiding from one another. But something deep within us all longs for significance. And in a world that easily overlooks us, God sees.

He knows your name, dear one. He calls it—even when no one else cares to know it—inviting you to turn your gaze to Him. You see, God also longs to be known.

We are not nameless to God. He knows us, and He desires us to hear Him calling our names. He taught me this one day as I walked through the village next to our base in Pemba. I had been visiting the neighbors for hours, and I was late for a discipleship meeting. As I hurried down a hill, I noticed a very old lady in rags sitting in the dirt against a mud hut. She was blind. Her eyes were pure white. I felt the Lord asking me to stop for her.

In the local dialect I asked her what her name was. She told me she had none. I thought perhaps she was from another tribe and didn’t understand my Makua dialect. I asked her again in a different language, but her answer was the same: “I am blind. I have no name.”

There was another woman sitting nearby. I asked her if she knew the blind woman’s name, and she too replied: “She is blind, and she has no name.”

I was stunned. I hugged the old blind woman and immediately decided that I would call her Utaliya. It means “you exist” or “you are.” When I spoke it for the first time, her wrinkled face came alive. She gave me a huge, nearly toothless grin. I asked the other woman nearby to try calling her by the new name. Utaliya turned her white, blind eyes toward that unfamiliar sound and giggled. After that I prayed for her eyes. I watched them turn brown in front of me.

I told her about the man Jesus who had just opened her eyes. I told her about Papa Daddy God who will always call her by name. She met God that day. I was hours late for my meeting, but it seemed to me I was right on time.

Stories of God’s great exploits in third world countries always amaze me. He often shows up mightily amidst the broken and down trodden. Where need is greatest, glory shines brightest.

Perhaps that’s why He sends us to them.

I have a hard time contemplating a woman who lived without a name. How empty she must have felt, defining herself only by her weakness. Her blindness. Apparently the rest of the world did too.

Until a woman filled with the Spirit of God happened to walk by her and take notice. She didn’t have to stop—shouldn’t stop, in fact, according to her schedule. But she sensed God asking her to. Her obedience opened an outpouring from the river of life.

I want to release that river, dear one. I want to see the life that flows from pure, unhindered union with God poured out in our land.

[bctt tweet=”I want to see the life that flows from pure, unhindered union with God poured out in our land.”]

My heart aches over what I know holds it back.

Every time I quench the gentle nudges of His Spirit and choose my agenda instead of His. Every time I pass by a need without notice. Every time my comfort trumps His calling.

Lord, give me the heart of a Heidi Baker for the broken in this nation. Give me eyes that see and discern their pain. Give me feet that walk toward them. Give me hands that touch them, arms that embrace them with your love.

Birth your righteousness in me, Lord. Bring forth your salvation as a burning torch. Possess me. Heal me. Use me, Lord, to heal this land.

until her righteousness goes forth as brightness, and her salvation as a burning torch.

The nations shall see your righteousness, and all the kings your glory,

and you shall be called by a new name that the mouth of the Lord will give.

but you shall be called My Delight Is in Her, and your land Married;

for the Lord delights in you.