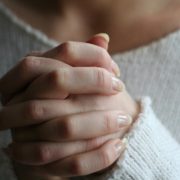 We think we know what’s best, and we’d like God to cooperate by fulfilling our desires. After all, scripture teaches that ours is a God of grace. He blesses with gifts we don’t deserve.

So when He withholds something we think we want, we tend to get a little angry. It doesn’t seem fair. Sometimes we even get bitter.

Can you relate, beloved? Maybe you’ve asked God for something—trusted Him for a desire of your heart—and He didn’t seem to come through. So you began to question His goodness.

But what if God’s “no” actually flows from His mercy? What if He refused to submit to your desires because it wasn’t really in your best interest?

You see, you and I tend to be a bit nearsighted. We see what’s right in front of us, and we shape our desires based on our understanding and perceptions. But we often forget how very limited that understanding is.

Yet while we see very little, God sees all. He sees the consequence of every choice. He also sees what giving us our present desire may cost our future blessing.

God weighs that cost when He gives His answers, beloved.

In Matthew 20, the doting mother of James and John—two of Jesus’ first devoted disciples—approached Jesus with a concern regarding their future. Bringing her sons with her, she knelt before Jesus to make her request.

And he said to her, “What do you want?” She said to him, “Say that these two sons of mine are to sit, one at your right hand and one at your left, in your kingdom.” Matthew 20:21

I can hardly imagine kneeling before Jesus to ask such a thing! But I can relate to longing for great blessings for my own two sons. And I admit that I’ve asked God to use both of them mightily with great Kingdom purpose.

Jesus gave an interesting response to her question.

Jesus answered, “You do not know what you are asking.” Matthew 20:22a

I’m grateful He chooses to act on what’s best for us. You should be too.

Jesus offers us some insight into this mother’s error a few chapters later. Let’s see what He said about His coming kingdom.

“When the Son of Man comes in his glory, and all the angels with him, then he will sit on his glorious throne. Before him will be gathered all the nations, and he will separate people one from another as a shepherd separates the sheep from the goats. And he will place the sheep on his right, but the goats on the left. Then the King will say to those on his right, ‘Come, you who are blessed by my Father, inherit the kingdom prepared for you from the foundation of the world.” Matthew 25:31-34

In love, the mother of James and John asked Jesus to place one son at His right hand and the other at His left. Yet when He comes to establish His kingdom, only those positioned at His right will inherit the kingdom prepared for them.

And what of those on the left?

“Then he will say to those on his left, ‘Depart from me, you cursed, into the eternal fire prepared for the devil and his angels.” Matthew 25:41

Dear woman, you do not know what you ask of me.

Can you imagine her horror if Jesus had given her what she asked for? But He didn’t. Grace didn’t permit Him to comply. And with compassion, Jesus turned His attention to her sons.

“Are you able to drink the cup that I am to drink?” They said to him, “We are able.” He said to them, “You will drink my cup, but to sit at my right hand and at my left is not mine to grant, but it is for those for whom it has been prepared by my Father.” Matthew 20:22b-23

Indeed, scripture teaches that God knows and has already determined those who will inherit His Kingdom. And Jesus will lose none that His Father has given Him. 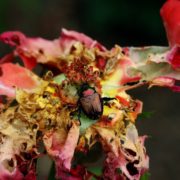 Don’t Let Your Guard Down 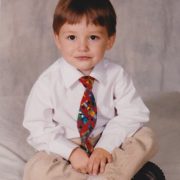 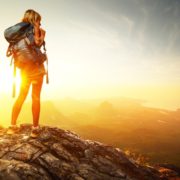 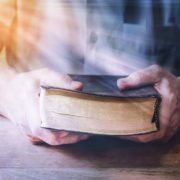 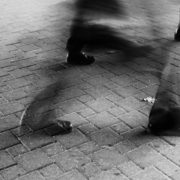 The Power of Giving Thanks
Scroll to top