You make known to me the path of life; you will fill me with joy in your presence, with eternal pleasures at your right hand. Psalm 16:11

My life changed dramatically a week ago. Our family brought home an eight-week-old miniature Aussie puppy.

We already had a seven-year-old Australian Shepherd that we adore. Now Annie has a tumbling ball of fur named Jack for a playmate—whether she wants one or not.

At first she appeared less than enthusiastic about his arrival. He would snuggle into her for a nap, and she would abruptly move to another part of the room.

Now Annie has discovered what many of us do when we’re willing to open our hearts to unwanted interruptions in our comfortable lives. In God’s hands, things we once viewed as intolerable inconveniences have the potential to become our greatest blessings.

The two have become inseparable. Change can really be good.

Our house has become decidedly less quiet since Jack’s arrival, mostly due to all the laughter. He continually entertains us, enthralling us with his puppy antics. I wonder if Jack realizes how funny he is. He has single-handedly redefined the word “adorable.” I think Webster should put his picture in the dictionary.

He may be cute, but he’s only still when he’s sleeping. He loves to explore, leap and pounce on anything that moves, or anything that doesn’t move, for that matter. Nothing is off limits to his paws or his curious little mouth. At least, he doesn’t believe it should be.

That’s where I come in. Someone needs to give Jack direction to save him from himself.

Left on his own, Jack would have already choked on mulch and various small stones, broken some bones leaping from surfaces that are much too high, electrocuted himself chewing through my computer charging cord, and possibly drowned in our pool. Not to mention the many times I’ve rescued him from Annie when he insisted on taking her favorite toy.

Did you catch that last part? God has provided commands and decrees for your own good.

With the same tender love that leads me to set boundaries for Jack, God has established boundaries for you and me. His limits don’t take from us or cause us harm. No, God has outlined limits to keep us safe.

We just don’t always see it that way. Jack doesn’t either.

For instance, he wasn’t fond of his crate when he first came home with us. He had enjoyed bounding around the house all day and did not agree with our decision to place him in a crate to sleep that night. He hardly noticed the nice, soft bed for him to snuggle into or his toys to keep him entertained. His eyes focused on the bars keeping him from “possibility.”

So he whined. And I wondered why we ever decided to get a puppy.

A funny thing happened on the second night. My husband lay down on the floor next to Jack’s crate after he put him in, and Jack discovered something. He didn’t really want the intriguing things that called to him from beyond the bars. What he had really been after was companionship. He snuggled into the corner of his crate nearest Steve, lay down his tiny head, and fell asleep in about a minute.

The joy Jack found in my husband’s nearness outweighed the lure of what enticed him from beyond the boundaries we had set for him. Perhaps if we learned to enjoy God’s nearness a bit more we wouldn’t grumble so much over His restrictions. After all, they help keep us in a prime position to experience Him fully.

Jack has now discovered the crate isn’t really the enemy he thought it was. It offers something that he doesn’t have when he’s outside its boundaries. Security. He doesn’t need to worry about every little sound or movement; he’s safe inside. Last night when I put him to bed, he didn’t even wine. He drifted off in peaceful sleep and slept for seven straight hours.

Isn’t it funny how things we think we’ll hate can end up being our favorites? Something we fear can become our security. Something we view as a nuisance can turn into our comfort and joy.

Perhaps we should open up our hearts to trust God for His best. Our emotions tend to lead us astray anyway. Just ask Annie and Jack. Their renewed thinking opened them up to tremendous blessing.

Do not conform to the pattern of this world, but be transformed by the renewing of your mind. 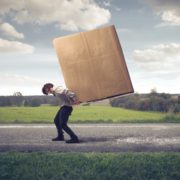 Rest for the Weary 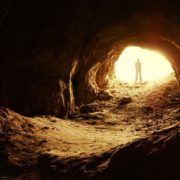 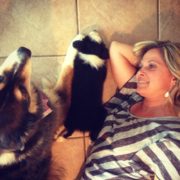 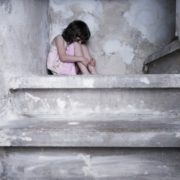 Is Love Worth the Pain it Brings?
0 replies