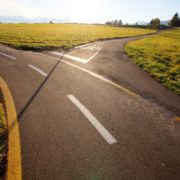 Following Jesus isn’t getting any easier, is it? While God’s plumb line for distinguishing right and wrong has remained eternally the same, the world’s keeps changing. Things that our grandparents would have considered appalling have become commonplace. Acceptable. The lines have blurred, and so have our convictions.

Dear one, allowing anything other than God’s truth to shape our thinking leads to trouble. Sadly, tasting the sweet enticements of this world eventually results in death.

Lessons From a Lizard

Last week I was out for one of my neighborhood runs on an exceptionally hot and humid day in Nashville. Stifling is the word that comes to mind. I was about 20 minutes into my route when I noticed the oddest thing on the sidewalk . . . a lizard of some sort . . .about 9 inches long . . .

The really bizarre thing . . . is that its head was stuck in a Dr. Pepper can. I am not making this up. I have several theories, but my best one is that the glistening drops of sugary water lured this reptile in on a hot summer’s day. The poor little thing had worked so hard to wedge its head in there that it couldn’t get it out. It suffocated in the smothering heat.

. . . I couldn’t help but catch the symbolism. As I stood there staring at this peculiar sight, I thought of the many times I had discovered a few drops I thought were sure to offer life. They were sugary sweet and went down smoothly, offering a respite from the blaze of summer’s heat. . . In the end they left me more thirsty and desperate than before . . .

Funny how some things are so easy to walk into but so impossible to back out of.

Have you ever found that to be true? At first something seemed so appealing, so right, so perfect. So you went after it. But once you got yourself in, you discovered a whole other side you hadn’t bargained for: the death side. The part that, had you known about it up front, would have stopped you from ever going in.

Beloved, God sees all of it, including the danger lurking just beyond the temptation. That’s precisely why He has established boundaries for us, not to keep us from experiencing the sweet, sugary taste of momentary refreshment, but to protect us from the suffocating death that accompanies it.

The enemy has been deceiving and tempting us out of God’s protection since the Garden of Eden. Perhaps it’s time we got wise to his schemes.

“You are free to eat from any tree in the garden; but you must not eat from the tree of the knowledge of good and evil, for when you eat from it you will certainly die.”

Pretty straight forward, right? Eat anything you want, except this one thing that will bring you death. Simple enough.

“Did God really say, ‘You must not eat from any tree in the garden’?” Genesis 3:1

God tells us one thing. The prince of this world suggests something else.

That’s where our enemy always begins, dear one, getting us to question God. He raises doubts about His motives, His goodness, His trustworthiness. Did God really say . . .

Then he makes us believe we’re forfeiting something by obeying God.

“You will not certainly die,” the serpent said to the woman. “For God knows that when you eat from it your eyes will be opened, and you will be like God, knowing good and evil.” Genesis 3:4-5

And here’s the really tricky part. The deceiver always offers some truth in his deceptions. Their eyes were opened (verse 7), and they did become like God in the sense that they would know both good and evil (verse 22). But what really hurt them—what devastated them— was what the enemy failed to reveal: the consequences of experiencing those things.

Had the serpent given full disclosure, I’m quite certain Adam and Eve would’ve made a different choice. But that’s not his way. No, our enemy reveals only what we’d perceive as benefit to entice us. The rest of the dark horror that follows he keeps hidden, relishing the moment we’ll discover it for ourselves.

Picture Adam and Eve experiencing a rush of emotions they had never known before. Shame. Fear. Guilt. Isolation. Blame.

Imagine their terror as each chilling feeling gripped them and they began to face the reality of what they’d done. Feel the awareness creeping over them that the relationship they’d known with their Creator was lost. Sadly, that wasn’t the end of their pain.

Seeds of sin that we allow the enemy to cultivate in us don’t just sprout immediate fruit. They continue to birth consequences long after they’ve been sown, even transcending generations.

As a mother of two boys, I’m especially stricken by the unimaginable grief that must have consumed Adam and Eve as they suffered the loss of their beloved son. I wonder if they held Abel’s lifeless body in their arms, staring in disbelief into the vacant face of the first dead man.   Far worse must have been the knowledge that he was taken from them at the hand of their firstborn. In one terrible moment, jealousy and rage—two devastating results of their choice to sin—stole their two oldest boys from them forever.

Beloved, when you disregard God’s instruction, you may experience a momentary thrill. But what follows will devastate you and those you hold most dear. Sin’s consequences are not always immediate, but they will always come.

This is precisely why salvation comes through faith, dear one. We must decide whose voice we will trust to guide our steps. Will we follow the voice of Truth who always gives us full disclosure? Or will we trust the enticements of the world’s prince and allow him to deceive us into death?

I don’t know about you, dear one, but I choose Jesus. 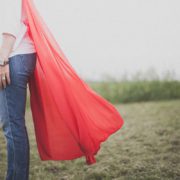 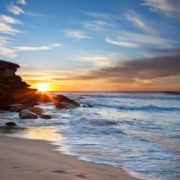 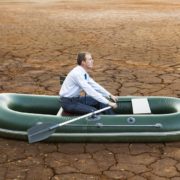 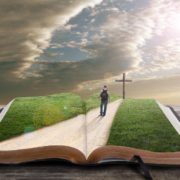 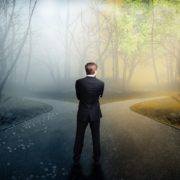 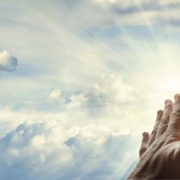 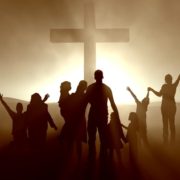 Opening the Gift of Joy
2 replies

Where is God? He’s Waiting.
Scroll to top